How to Create A Limerick 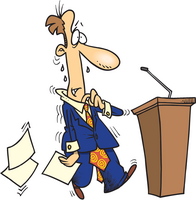 What do limericks have to do with public speaking? Any time you have a public speaking opportunity, you want to jump right in and give a speech; maybe it’s a toast at a wedding or a management meeting, but whatever it is, you have to be prepared. Limericks can be a lot of fun to use in a speech.  They don’t have to be mean or downers, they can be positive and will engage your audience and get them laughing.

To begin with, what is a limerick? A limerick is a funny little poem containing five lines. It doesn’t contain four, six or ten lines, but five. It has a very distinctive rhythm and rhyme pattern. Sometimes when you give a speech in public, you may want to insert a fun little limerick.

Here’s how you do it.

Let’s look at the rhyme pattern. The rhyme occurs with the last word of the first, second and fifth lines; they all rhyme together. This is the “A” pattern. If you were choosing a rhyme pattern for “A,” maybe the last word will be Peru, shoe, true, or it could be Tim, swim or him.

The last word in the third and the fourth lines rhyme with each other. This is the “B” pattern. You could use words like night and light, dock and rock, or anything that rhymes. So pattern “A” rhymes and pattern “B” rhymes.

Now let’s look at the rhythm pattern. The first, second, and fifth lines all have the same rhythm. The beat is: da-Dum-da-da-Dum-da-da-Dum. Now notice where the three “Dums” or beats are.

The third and fourth lines have a different rhythm pattern: (da-Dum-da-da-Dum)

He fell off the dock (da-Dum-da-da-Dum)

So now we’re going to put the limerick together. Say it out loud so you can get the rhythm. Note the rhyme pattern.

There was an old man from Peru

Who dreamed he was eating his shoe

He awoke in the night

With a terrible fright

And found out that it was quite true.

There once was a fellow named Tim

Whose Dad taught him to swim

He fell off the dock

And that was the end of him.

Here are 5 steps on how to create your limerick. To begin, you will want to pick a name of someone you love and care about, or create a made up figure. A lot of ideas for limericks can come from anywhere. It could be your city, your country or your name.

3. Write out the second line using one of those rhyming words.

4. Notice that the last word of the second line rhymes with the first line. They both have three beats. Now think of an interesting story. What would happen to someone who was afraid of a drill?  You might have an interesting story if Jill had to go to the dentist? This is what might happen: She brushed every day/So her dentist would say

5. Your last line should rhyme with the last word in the first and second lines. Like: Your teeth are quite perfect, no bill. Now let’s put the whole thing together.

Your teeth are quite perfect, no bill!

Here are two that I made up about some of my clients:

There once was a speaker named Steve

Every time he spoke he would heave

Until he saw me

It’s my system, you see,

Now, he’s better than you can believe!

There once was a cowboy named Marlon

He would tip his hat to a darlin’

He got slapped in the face

But it was not a disgrace

He got on his horse and said “Pardon!”

Now it’s your turn to make your own limerick.

Arvee Robinson is The Master Speaker Trainer, international speaker, and author. She teaches business owners, service professionals, and entrepreneurs how to use public speaking as a marketing strategy so they can attract more clients, generate unlimited leads and grow their businesses, effortlessly. 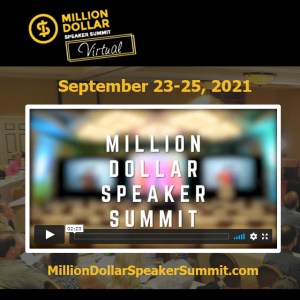